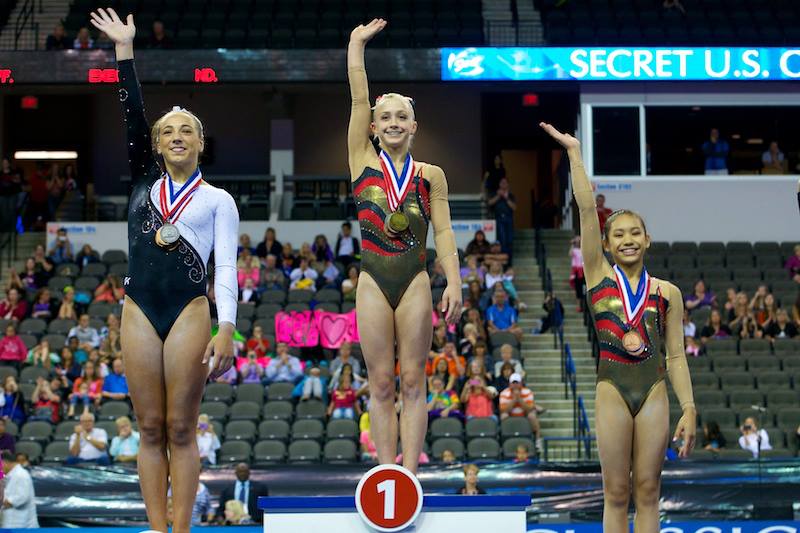 The Junior Competition was exciting as many different people were showing strong performances. The balance beam took many of the possible champions down, but overall it was a really great competition. Thanks to USA Gymnastics, we have videos of every routine!

Bailie has been on the elite scene since 2010 – qualifying Junior Elite at just 11 years old. A member of the Junior US National Team since 2011, she already has a significant amount of international experience.  At 14, She carries herself like a veteran, with two years to go until her senior debut!  She won with an all-around score of 58.250 in her third US Classics.  She had a beautiful meet, and what is more amazing is that rumor has it that she did it with the stomach flu.

Amelia and Lexie Priessman are two names that always go together. We haven’t seen one without the other in training videos much less competition in their elite careers. One year older, Lexie moved on to the senior ranks. But Amelia did just fine and took the silver medal with a 57.950.

Nica has been slowly, but surely climbing her way through the ranks over the past few years. She took the bronze medal with a 56.800 her final year as a Junior.

All videos from USA Gymnastics.