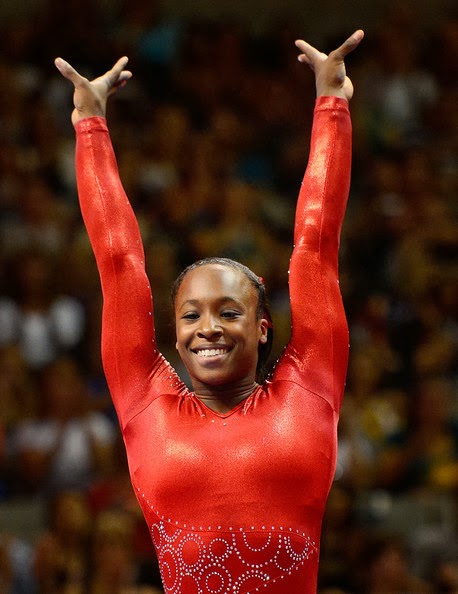 And so it begins. It often seems that the roster for the American Cup is a bit of a game of musical chairs. Two years in a row, Kyla Ross finds herself without a chair when the music stops.

The American Cup is at a very awkward point in the elite gymnastics cycle. Many gymnasts are still focusing on skill acquisition for the upcoming year, others are nursing small injuries, saving themselves up for later in the year. Kyla once again finds herself in the later camp with a minor back injury.

For Elizabeth Price, this is a chance to unpress pause on her last year of gymnastics. Ebee, as she is affectionately known, took the World Cup series by storm after the 2012 Olympics, where she was an alternate. She won the Stuattguart and Glasglow World Cup at the end of 2012, and looked to be America’s next big name in gymnastics going into 2013. Then, before the American Cup she injured her hip. She pulled out of the competition to recuperate and be prepared for the bigger competitions later in the year.

Then she injured her other hip later in the spring. Though she gave valiant performances at Nationals, she just wasn’t able to come back soon enough to be in play for the World team. Late 2013, she once again had phenomenal performances at the World Cups. Let’s hope she can truly un-press pause, and have the year in 2014 that we all thought she would have in 2013. Healthy, and a top player in the world of USA gymnastics.