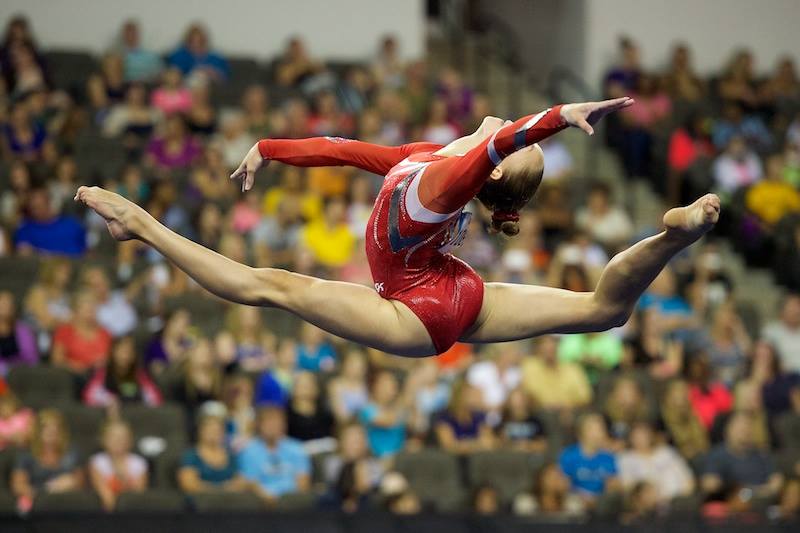 The shining star that was Rachel Gowey at the Secret U.S. Classics two weeks ago has unexpectedly fizzled out. Gowey, one of the latestest proteges of Liang Chow, coach of Shawn Johnson and Gabby Douglas, put in an unexpected performance at the Classics earlier in the month. Her difficult skills and exquisite lines launched her from up-and-comer to full out player for a spot on the 2014 World Championship team. Since then, she has been on of the most anticipated performances at the P&G U.S. National Championships.

Today in training, she landed just a little short on her beam dismount and fractured her ankle. She had been performing well on beam in practice and her difficult dismount looked like it was all the way around. But she didn’t quite make it to her feet, bounced forward and fell to her knees. She didn’t get up until coach Chow carried her off the mat. The beam footage is in the bottom left feed of the video.

The timing of this injury is so unfortunate as Gowey will not only miss her senior debut at the national championships, but will undoubtedly be out for the rest of the year, missing the Pan American Championships and the World Championships. What is even more heartbreaking for the 16 year old is that Gowey was out all last year with a back injury, making this two years in a row that injury prevented her from showing the world what she can do.