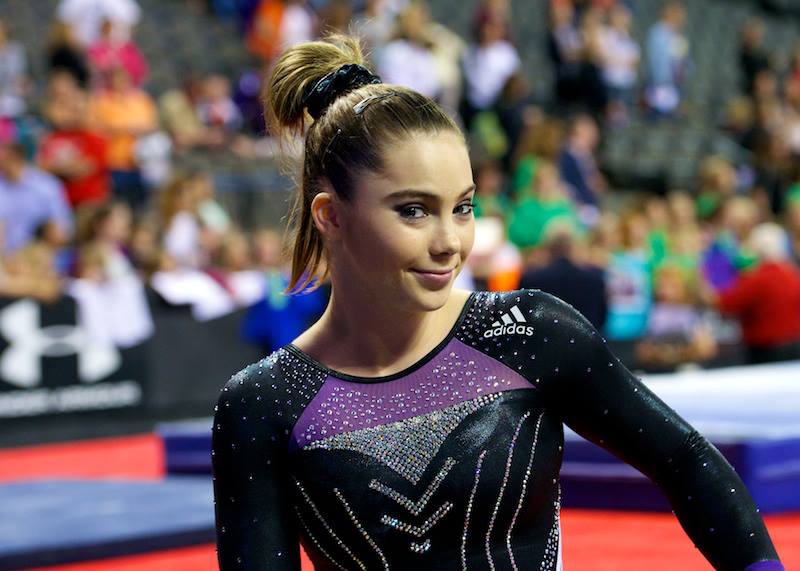 As far as I can tell, only two seniors performed two different vaults, the necessary qualification for vault event finals in any major international competition.

Coming back as strong as ever, McKayla competed her gravity defying Amanar and the Mustafina.  She won with a 15.6

Making her senior debut, MyKayla competed two strong vaults. A Cheng – now worth more than an amanar- and a DTY. She definitely has the potential to be  a strong vault contender.

No juniors perform two vaults, so the vaulting scores are just made up of their primary vault.

Nia showed power and amplitude everywhere she went, and vault was no different!

This little girl has a big vault! As a brand new elite who just started competing this vault, it will be fun to see what she can do.

Definitely a strong vaulter, Emily led the competition with this vault for the first round.

For such a slight, small girl, Bailie has a great vault! No doubt as she grows it will just get better.