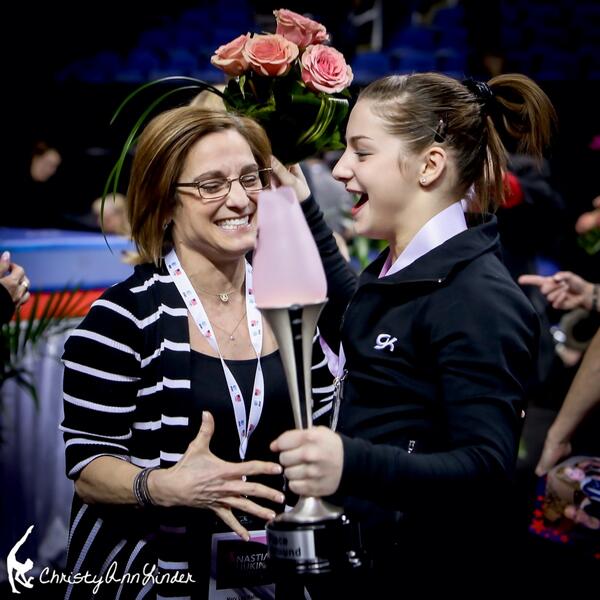 Mackenzie Brannen and McKenna Kelley tied for first with a 38.425. Here is a little more about them and each of their routines.

Mackenzie Brannan
Mackenzie is 17 years old and trains at Capital Gymnastics in Austin, TX. Her biggest accomplishments have been competing at the U.S. Championships four times, the Nastia Liukin Cup three times and winning the National Floor title in 2013. She is also proud to ce competing for the University of Alabama next year. The biggest thing gymnastics has taught her is to “Enjoy the journey.”

McKenna Kelley
McKenna is a 16 year old and trains at Stars Gymnastics in Houston, TX. She won this event 30 years after her mom, Mary Lou Retton won the American Cup. McKenna placed fifth at the 2013 J.O. Nationals, and is verbally committed with LSU for 2015. Her goals are to finish strong the rest of the season and go out with a bang my senior year. She’d also like to leave a mark in the NCAA. McKenna says “Gymnastics has taught me … I can overcome anything if I put my mind to it…”