As has been the case since her entry into the senior ranks, McKayla Maroney is the heavy favorite to win the Vault Championship. McKayla is firmly committed to training through the whole quad and making the Rio Olympic team. Wouldn’t it be an incredible feat for her to win Vault gold every year along the way? Though it seems ludicrous in the sport of gymnastics, It is an actual possibility for McKayla. The fluke fall on vault that lead to one of the most popular memes ever, that lead to a hunger and desire to compete four more years may have been one of the best things that ever happened to McKayla- and to gymnastics fans. Because most likely, it WAS a fluke that will not happen again. And as long as she continue in gymnastics, McKayla will grace us with the most incredible vaulting display we are likely to see.

For those of you that have never seen McKayla vault in person, let me assure you that it is one of the most magical things you have ever seen in gymnastics. Cameras just cannot capture the speed and power with which she gracefully barrels down the vault runway. The explosion that is McKayla coming off of the vaulting table. And the way she continues to gain height as she twists through the air. There is nothing else like it.

Simone Biles comes in a close second to McKayla. To look at her, it would seem that she could out power anyone in the world. And she almost can… anyone but McKayla that is. Simone doesn’t get quite the explosion that McKayla gets, but she makes up for it in her catlike landings. Though she has yet to do it in a competition, I have seen her stick two amanars cold in warm ups. Simone will make a definite run for the podium.

Next up as a vault contender is Hong Un Jong from North Korea. Hong Un Jong won the 2008 Olympic gold medal competing the same difficult vaults she will be competing at Worlds. It is amazing to think that she is still capable of that level of competition! She actually comes in with the most difficulty that will be completed. If she is able to compete them cleanly, she will be a front runner 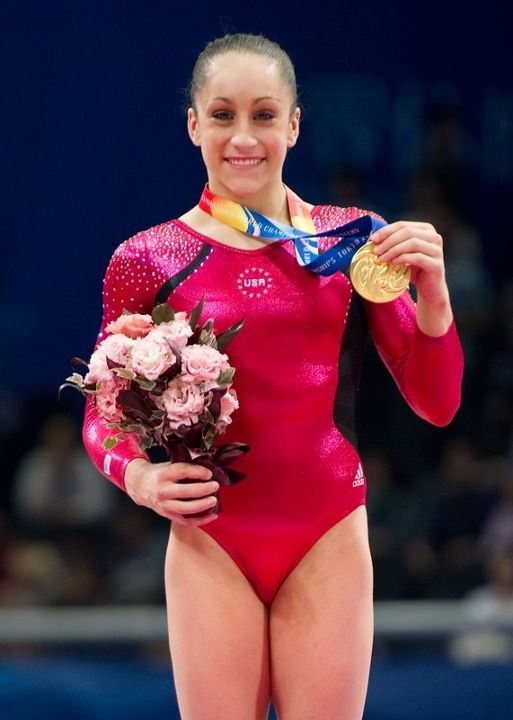 Though many exciting players have dropped out due to illness or injury, the 2013 Worlds All Around competition could actually almost live up to the expectations we all had of last year’s Olympic All Around Championships. The USA brings in two very strong all arounders in Simone Biles and Kyla Ross, who have both posted over a 60 all around score this year. Aliya Mustafina comes in healthier and more competitive than she has been since her injury. And Larisa Iordache has a chance to put in the performance that we all wanted to see last year. Any one of them has the ability to take the gold, and great gymnastics is in store.

The top five all around scores that have been posted this year mostly happened at the gymnasts’ perspective Nationals. Simone and Kyla pulled the top two, each scoring a 60.5. Aliya is right behind them with a 59.85. A new name to the all around podium possibilities this year is Giulia Steingruber from Switzerland. She scored a 59.4 at the Swiss Championships in early September. Larissa rounds out the top five of the gymnasts who will be competing at Worlds with a 58.55.

Simone and Kyla both looked great at US Nationals, and each still have a little bit of room for improvement. That is a great place to be going into Worlds. Simone comes in a full point ahead of Kyla in difficulty (D) scores, which usually means that Simone has to falter for Kyla to beat her. However, Simone has not had the most consistent history, and in her first major competition on a world stage, it would not be unheard of for her to do exactly that. Kyla has the advantage of her Olympic experience. She has been there, done that and just seems to get better under pressure. That being said, the USA has seemed to train their gymnasts to be machines on the world stage, and Simone is likely to be as well prepared for a solid competition as the past two years of girls have been.

Aliya also has a solid run at the gold. Reports are that she has had a cold, and isn’t as prepared as she would like to be. But she will be adding difficulty to her bars routine, putting her .5 behind Simone and .5 ahead of Kyla in the difficulty (D) score. It would be wonderful to see the delightful, mature Aliya combine with the fierce, unflappable Aliya of 2010 to grace the world stage. She is such a special gymnast, and seeing her return to an even better version of her former glory would be an incredible delight.

Giulia has dominated the all around in Switzerland for the past three years. However, this is the first year she has posted an all around score high enough to make a run for the podium on a world stage. Rumors are that she looked fantastic at the Swiss Championships. What a wonderful thing it would be to have a Swiss gymnast on the podium!

Last, but most certainly not least is Larissa. Everyone had such high hopes and expectations of her going into the Olympics. Something as common as plantar fasciitis hampered her dreams and our hopes for her. It would be wonderful to see a fully healthy Larissa come out and perform like we were all hoping to see last year.

It is unlikely that we will see anyone out of these top five on the podium. But anything can – and usually does- happen in elite gymnastics. Here is hoping that each of these girls comes into the all around finals healthy, happy and able to perform at their peak level. No matter what the order, that would be a win for all gymnastics fans.