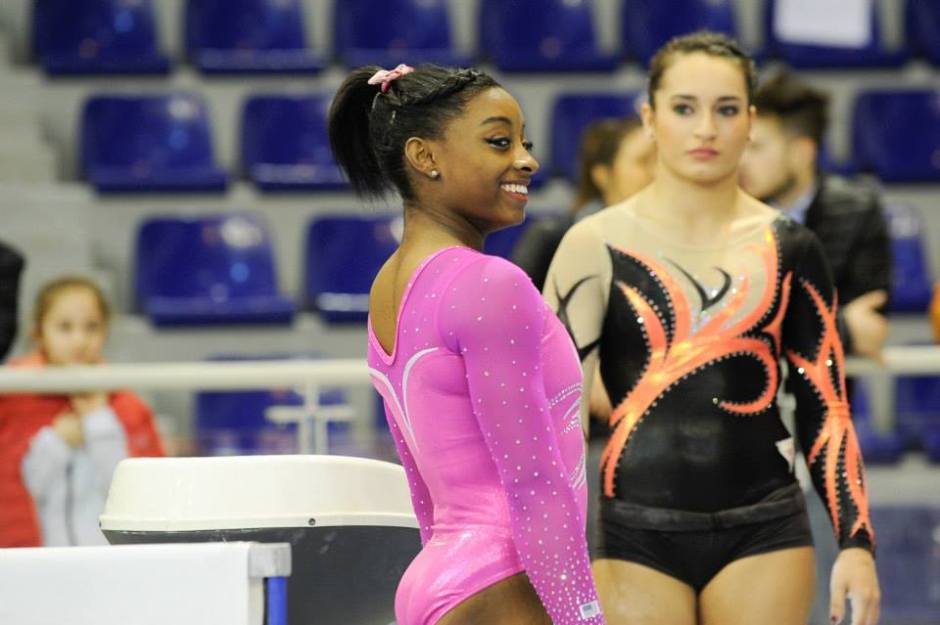 Continuing a weekend of winning, Team USA swept the gold medals in the individual event finals, and took 13 out of 14 possible medals in total. Two-time World all-around champion Simone Biles of World Champions Centre, won three gold medals, one in every final she entered. Lauren Hernandez of MG Elite also won two junior event gold medals, both adding to the all-around and team golds they each won yesterday.

In the senior division, Biles won the gold in vault, balance beam and floor exercise. Kyla Ross of Gym-Max Gymnastics won the gold on her signature event, uneven bars. Biles was the only senior US gymnast eligible for the vault finals, but the US went one-two on bars and beam and took the gold and bronze on floor.

Biles withdrew from the bars final, allowing Bailie Key of Texas Dreams to compete. (Since the USA primarily uses Jesolo as a training competition, this is the only meet where they will have a gymnast withdraw from event finals to allow another gymnast to compete.) Ross won the gold with her newly upgraded routine, scoring a 15.25. Key took silver with a 15.100. Sabrina Gill of Canada rounded out the podium with a 14.300.

Biles scored a 15.25 to win the beam final. Alyssa Baumann of WOGA Gymnastics took second with a 14.55. Carlotta Ferlito took third, scoring a 14.3.

Biles scored a whopping 16.05 -an astronomical score on floor- to take the floor gold. Erika Fasana of Italy squeaked into second with a 14.9, edging out Aly Raisman of Brestyan’s American Gymnastics, who scored a 14.85 for third.

In the junior division, Hernandez won the bars and floor golds. Jazmyn Foberg of MG Elite, won the vault, and Norah Flatley of Chow’s Gymnastics and Dance Institute, took beam.  The USA juniors also took silver in three finals and bronze in the fourth.

The rest of the events saw the USA go one-two. On bars, Hernandez won gold with a 14.5 and Flatley took silver with a 14.25. Rose-Kayling Woo of Canada rounded out the podium with a 4.050.

Flatley took top honors on her signature event, scoring a 14.9 on beam. Victoria Nguyen of Chow’s Gymnastics and Dance Institute took the silver with a 14.4. Woo took her second bronze, scoring a 13.75.

Hernandez brought out a new crowd pleasing floor routine to win the floor gold with a 14.650. Smith scored a 14.250 for silver, and Megane Roberts of Canada took the bronze with a 13.900.